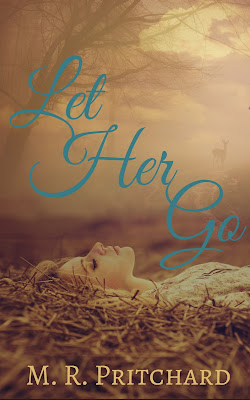 A second chance at love is a fight to the very end.

Guys like Alex Sullivan don’t come around every day, but when they do, they aren’t looking for girls like Morgan. She is the unexpected one, the unplanned daughter of parents who don’t want her; she has always stood in the shadow of her beautiful-but-dead twin sister. So when Morgan lands a marriage proposal from the handsome businessman, she pounces on the opportunity.

While Morgan is basking in the joy of feeling wanted for once, Alex’s untimely death sends her life into a downward spiral, and she’s left picking up the pieces while the tabloids, pesky neighbors, and an eight-point buck haunt her.

The only thing keeping Morgan grounded is her new found love of running. And then there’s her newly acquired business partner, stoic MMA fighter Nick “The Strangler” Stacks. Morgan and Nick have never been able to get along, but Alex’s tragic death forces them to interact when he leaves the two as owners of his successful gym.

After years of tepid interactions, Morgan and Nick finally find that they have more in common than they previously thought, and it’s enough to make one of them want to tap out on their disastrous relationship for good.

"...a contemporary romance about relationship, love, loss and the rediscovery of life. It is a beautiful and tender story. The characters are well-developed and author Meredith has given each of them ample space, making them life-like and someone one can easily relate to. You wouldn't be disappointed reading this wonderful story!" -the GreatReads! TOP 1000 REVIEWER

"One of the nicest aspects of this book is that between the loss of one love and the discovery of another, Morgan undergoes her own personal transformation and comes out a happier person on the other side. A bittersweet yet in the end hopeful story that I recommend to all fans of contemporary romance." -Jessica Crawford, The Sentient

"Pritchard has written an entertaining romance for the times. Narrated in Morgan's voice, Let Her Go is at times sad, funny and emotionally charged. I particularly liked the way the author kept me guessing as to the secret Nick had been keeping from Morgan. She was skilled at ramping up the sexual tension between the two main characters. All in all a very good read. I recommend this book for those who enjoy a good love story!" -Joseph Souza, Author of Unpaved Surfaces

"There are moments that will tug at your heartstrings, moments that will make you laugh, and moments that will have you celebrating the power of love. This is a story with soul. The interplay between Morgan and Nick is so very compelling, and the supporting characters in the story are just as intriguing. The combination makes for a truly spellbinding literary treat you won't soon forget." -Lisa Weaver, The Billionaire's Bodyguard Bride