Book Review: The End of the World Running Club by Adrian J. Walker 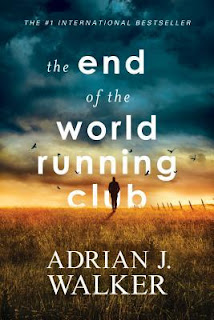 I bought this book when it was on promotion last week. It has been on my wish list for a while and was actually recommended by an agent I follow. This book started of strong. There's lots of drama. A selfish husband and father (our protagonist), who openly admits his wrongs as the apocalyptic event unfolds. I was glued to the page for the first half of the book but then it started to deteriorate from there. The storyline became a bit odd. It was a good read though. 3/5 starts.

The #1 International Bestseller!
A Science Fiction & Fantasy Book to Keep on Your Radar by io9 and Gizmodo

A powerful post-apocalyptic thriller, perfect for fans of The Martian. When the sky begins to fall, one man finds himself separated from his family, his best hope is to run—or risk losing what he loves forever.

When the world ends and you find yourself stranded on the wrong side of the country, every second counts. No one knows this more than Edgar Hill: over five hundred miles of devastated wasteland stretch between him and his family. To get back to them, he must push himself to the very limit—or risk losing them forever.

His best option is to run. But what if his best isn't good enough? End of the World Running Club is an otherworldly yet extremely human story of hope, love, and the endurance of both body and spirit.

Praise for The End of the World Running Club:
"Harrowing and heartrending, this is a novel that is almost impossible to put down." —Library Journal, STARRED REVIEW

"Walker's ability to imagine a post-apocalyptic world in crisp detail is on full display in the early pages of The End of World Running Club." — Maximum Shelf

"...a beautifully written postapocalyptic tale of a flawed man's struggle for survival and redemption." — Booklist

"A fresh and frighteningly real take on what "the end" might be...quite an exciting and nerve-wracking 'run', with characters
Posted by M. R. Pritchard at 9:43 PM No comments:

Come visit me over at the Bookies website for my author takeover event
https://www.facebook.com/Bookiesfan
Posted by M. R. Pritchard at 8:07 PM No comments: 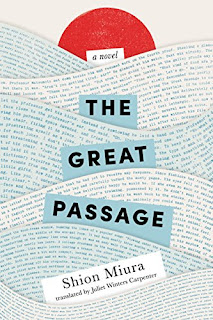 The Great Passage was a good read. It was a bit of a slow pace and I found it more interesting to learn about Japanese words and how they change over time and what goes into creating a dictionary. It wasn’t super intriguing but it was good, easy reading.
4/5 stars

See the review on Amazon
Get your copy

An award-winning story of love, friendship, and the power of human connection.

Kohei Araki believes that a dictionary is a boat to carry us across the sea of words. But after thirty-seven years of creating dictionaries, it’s time for him to retire and find his replacement.

He discovers a kindred spirit in Mitsuya Majime—a young, disheveled square peg with a penchant for collecting antiquarian books and a background in linguistics—whom he swipes from his company’s sales department.

Along with an energetic, if reluctant, new recruit and an elder linguistics scholar, Majime is tasked with a career-defining accomplishment: completing The Great Passage, a comprehensive 2,900-page tome of the Japanese language. On his journey, Majime discovers friendship, romance, and an incredible dedication to his work, inspired by the words that connect us all.
Posted by M. R. Pritchard at 5:18 PM No comments:

In the vein of Shakespeare's A Midsummer Night's Dream, Theseus and Hippolyta are set to wed in order to unite the people of warring Saturn and Titan. But the Shadow King has been plotting against Theseus and risks everything for the revenge of his people who have been banished to the dark side of Titan. Comedy soon turns to misfortune, as the main characters must trade their convictions for sacrifice. 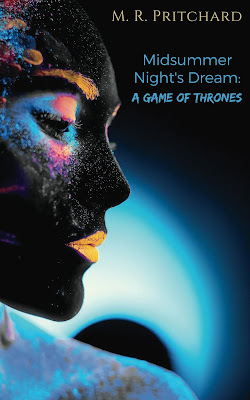