I've been waiting for someone to post on this!

And while Rachelle has some good points of how Books and Music differ. I find it hard to ignore the similarities between Indie Authors and Indie Musicians and Indie Filmmakers, and that is reaching out, grassroots, connecting with your fans, making appearances where people can actually shake your hand and not gaze at you from afar, and building a fan base from the bottom up instead of advertising convincing you that thisperson is the next best thing.

I don't want to talk about the monetary differences. Because at the end of the day, money doesn't mean much. You can't take it with you when you die and it's not going to make you happy. Some of the best times of my life were when I was so poor I could only afford a head of iceberg lettuce and a package of ham each week for groceries. If you're writing for money, if your playing for money, your in the business for the wrong reasons.  We do this because we love it. We hire editors and book cover artists to create a unique reading experience because we love writing and the process of putting a book together. (And I don't mean one ridden with errors, read the preview on amazon, you can usually tell if you're interested in the book and its quality before purchasing.)

We don't see Adam Levine slapping the Indie singer/songwriters on their ass with vicious words. He started a TV show for them. The only people I see who mimic this, are the Indie authors who made it big and haven't forgotten where they started.

How to get your books into bookstores...

Just have your fans ask for it. Like this lady did:

As a writer, insecurity is an emotion that I battle on a daily basis. This chord was plucked yesterday and resulted in a night of tossing and turning and reading. This is why: when talking about book signings with a family friend, I was asked why I don't venture out of my tiny little town to the nearby suburbs and approach the only Barnes and Noble around about a book signing at the store.
And this is where I choke.
It was so hard to tell him that I don't feel good enough to step into a brick and mortar.

Don't get me wrong, I'm not embarrassed or ashamed by my Indie success, I'm happy, I'm proud! But I find that when those strings of insecurity are tugged, it takes me days to weeks to get back into the flow of writing again. I don't know if I'm ready for Barnes and Noble, but I have had success at vendor fairs.

Then I read all of these blog posts from successful authors, who I've followed and their words have taught me most of what I know about the publishing industry today. And I read the words from Industry leaders, who I used to look up to. And I wish that those people who say things to me like, "maybe you'll get a real publisher," would read these articles and really see what's going on and understand my reasoning for not wanting a traditional publisher.

So what's a girl to do? Fill her editors Inbox throughout the night of course. (Thankfully, I have an understanding editor who puts up with my craziness and random middle-of-the-night messages.)

As we are talking, I tell her, "I just don't want to walk into a store and be judged by a bunch of book snobs who don't understand the industry."

This is where the voice of reason/Kristy steps in and simply responds with: "Who cares? Judgement is usually jealousy in disguise." (which I read with Morgan Freeman's voice)

The voice of reason.

And then this shows up: "In 1966, Andy Dufresne escaped from Shawshank prison. All they found of him was a muddy set of prison clothes, a bar of soap, and an old rock hammer, damn near worn down to the nub. I remember thinking it would take a man six hundred years to tunnel through the wall with it. Old Andy did it in less than twenty. Oh, Andy loved geology. I imagine it appealed to his meticulous nature. An ice age here, million years of mountain building there. Geology is the study of pressure and time. That's all it takes really, pressure, and time."


Can you see the traditional publishing walls crumbling? 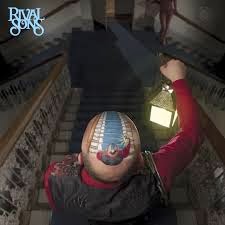 Indie-publishing, the study of Pressure and Time.

Book Review: The Golem and the Jinni

I have been waiting to read this book. So I was pleasantly surprised when the Kindle version went on sale last week for $1.99. The cheap, book hoarder in me scooped up this Best Seller and started reading.

The Golem and the Jinni by Helen Wecker is set in NYC in the late nineteenth century. As this book starts we are introduced to our main characters the Golem, a woman crafted from clay and infused with the traits of obedience, curiosity, intelligence, virtuous and modest behavior. The Golem is crafted to be the wife of a Prussian Jew, who also happens to die on their voyage to America. What we have left is a woman with the ability to hear everyone's wants and needs, since she is now without her master.

Enter the Jinni, a tall and attractive "Genie in a bottle" who is released accidentally by a tinsmith. The Jinni is  a creature of fire. Wild and selfish, the Jinni yearns to return to his natural form, but since he is conflicted with a bit of memory loss, he can't remember who bound him in his human form.

Eventually the Golem and the Jinni's paths cross and an unlikely friendship is born as they both explore humans and their own humanity. The story line delves into the Jewish and Syrian cultures, and their respective religions.

The prose is thoughtful, never hurried, and the intertwining of history and fairy tale prove charming.

The negative, or maybe not so negative...
When we strip the story down to its bare bones, we have the trifecta of success. There is a handsome, selfish and artistically skilled man who is old as shit + a plain, bookish woman desiring to be bound to a master + angst as both of these characters seek comfort from others. The author describes the characters as soul mates, but at times it's hard to see. Both characters are immature in their actions and give off a young-adult air to them, but we can allow them to be this way, since they aren't really human at all. The tie-in at the end seems to drag a bit, but the author pulls each character together and explains their meaning to the story.

It hurts my soul a little bit to say these few negative points because I really, really liked this book, but they were screaming at me the entire time I was reading. 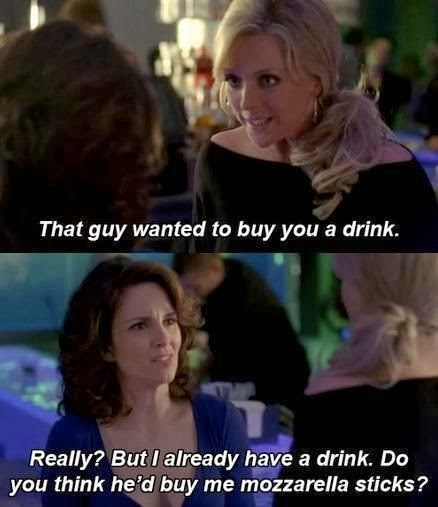 REVELATION is due to be released April 2014!

THE PHOENIX PROJECT: The United States is crumbling under the weight of the worst recession in decades, and The Reformation has been causing a stir. It started with promises of overthrowing the election under the premise of change. But change starts where we least expect it in Phoenix, a small lakefront town, hidden in the backwoods of upstate NY. Andie's life is about to change forever. She thought making it home was the hard part, but much worse is to come. She needs to find her family, she needs to find out what's happening to her town, and she needs to find someone she can trust.

THE REFORMATION: Andromeda Somers is recovering from her attempted escape out of the Phoenix District. While in exile she witnesses the dawn of a new age as hundreds of missiles descend up on the United States. This is the Reformation, the fracturing of society and the beginning of changes to come. Now the secret is out, more Districts exist and the Funding Entities have decided to unite these Districts through Andie. With all hopes of escape demolished, Andie fights to protect her daughter from whatever the Funding Entities have in store for their future.

Plucked from society, the Funding Entities had a plan for Andromeda Somers and Adam Waters. The ones who planned the Reformation were priming them for a greater role. One that Adam will never live to realize. He knew too much and now he’s dead, leaving Andie to raise their baby alone. But not all is lost; the Entities want Andie to uphold the principles of the Phoenix District, so they’ve released Ian to her. The only problem is Andie’s not sure what to do with her husband now that she has him, especially since there is a seemingly insurmountable rift in their relationship. They can’t talk, they don’t touch, and it seems Ian is always sneaking off in the middle of the night. He’s definitely not the husband she remembers. But Andie has changed also; she’s done things she’s not proud of, she altered the human genome for Burton Crane, she had an affair, she even killed a man.


Now, Andie struggles with her guilt as she tries to raise the next generation of Sovereign and fulfill her duties as the District Matchmaker. Sam is training to become a Volker, Ian keeps pressing her to go back to the way they were, Catalina is getting older, and Raven has never uttered a sound since his birth. As Andie tries to maintain control and protect her family, one thought lingers and threatens to disrupt everything she’s worked so hard to protect: she must return to Crystal River for her last test, and Crane always causes the most havoc when she’s away.
Posted by M. R. Pritchard at 11:58 AM 1 comment: