Bow to the King of horror Josh Malerman! 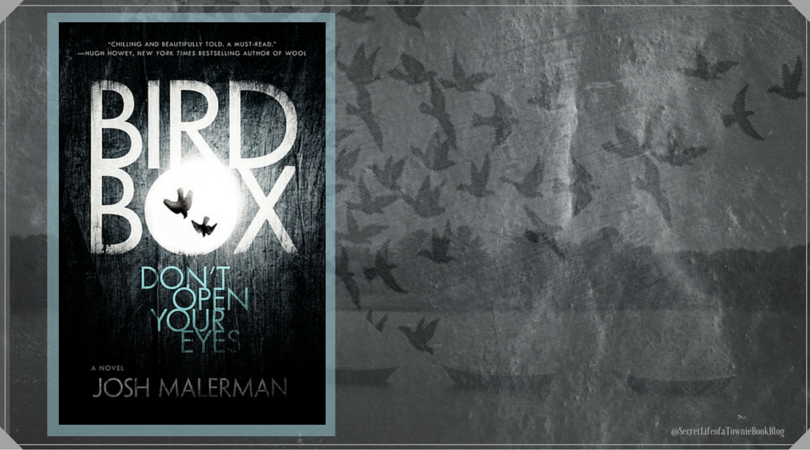 Interviewing Josh Malerman awakened the frightened 80's child within me. So many things that I had tucked away, never to think of again because they scared the crap out of me, Josh reminded me of during his interview. I mean, it's been nearly 30 years of me telling myself Freddy Kruger wasn't real, and I almost had myself convinced.

Let's see what Josh had to say about reading, writing and zombies!


1. It’s the zombie apocalypse and writers have got to stick together to survive. Pick 3 authors to be on your zombie apocalypse killing team and tell us why you’d choose them.
Josh says: Jonathan Maberry is a no brainer. He’s an expert in the field and I’ve got a feeling he actually acts these scenarios out at home. You know how there are Civil War re-enactors? Jonathan might be like that… only with a war of the future… a zombie war. I’d also try to stick close to Brian Keene. The Rising was brutal, so he’s probably imagined scenarios equal to or worse than those that we’d encounter out there. He might be scary to team up with. Like, he might hand me a weapon and say, “Do it.” And I’d be like, “Do what?” And he’d shake his head and say, “Never mind. I’ll do it.” And what about John Russo? Fella wrote Night of the Living Dead, for crying out loud. I met him recently at a horror convention here in Michigan. Super nice guy. I think I’d like that; a kindhearted zombie aficionado on my team. That would make me feel… human.

2. If Stephen King and J. K. Rowling were drowning in a river, who would you save first? And now you have to tell us why.
Josh says: You said “first,” so that means I get to save Stephen King and then valiantly leap back into the river and save J. K. Rowling. I think we gotta go with Stephen King first. He’s older than her. And he hurt his leg or hip, you know. So yeah, save him, then dive back in. Then after I saved her I’d probably fall back exhausted and you would need to ask them this: “So you were both just saved from drowning in a river by Josh Malerman. But he got so tired from the heroic experience that he needed saving himself. Which one of you saves him?”
Meredith says: Thank you for picking up on that! Most skip over the "first" part and leave one of my favorite authors to the murky waters.


3. We authors are voracious readers. My TBR list is approximately 8 miles long. What are you currently reading?
Josh says: I’ve made the mistake of beginning a few books at once. I usually like reading one whole, moving on, etc. But as it goes, I’m reading Kathe Koja’s Bad Brains. It’s mountaintop brilliant. Strange, nightmarish, very realistic in a fun way, and refreshing. Jon Skipp’s The Art of Horrible People is an incredible short story collection that sums up his enormous personality and brain. And Richard Laymon’s Blood Games is a thrill ride. And yeah, my TBR pile is frightening, too, but I’m kind of making a dent recently. Philip K. Dick’s Ubik is next.

4. What is the one book that you could read a million times and never get bored with?
Josh says: A book that I’d love to read again is Patricia Highsmith’s Strangers on a Train. She pulled something off with this one akin to a magic trick. Sleight of hand.

5. Last year my favorite read was The Martian by Andy Weir. What was your best read of 2014?
Josh says: I had something of a tie between John F.D. Taff’s The End in all Beginnings and Stephen Graham Jones’s After the People Lights Have Gone Off. Both of these are collections, and they inspired me to write one of my own. I can’t say enough about these two authors. If you have a single horror bone in your body, they’ll both tickle it until you’re blue. Then purple. Then dead. Then undead. Then, when you rise up out of the casket at your funeral you can say (to everybody in attendance): “Where are my books? Who has my books?”

6. This year my favorite read has been The Dog Stars by Peter Heller. What’s the best book you’ve read so far in 2015?
Josh says: The Casualties by Nick Holdstock. I got an early look at this one with a chance to blurb for it. It’s magnificent. I’ll say no more. Check it out.

7. You’re a writer by day and a superhero by night. (Take off those geeky glasses Superman) What’s your superpower?
Josh says: You ever see “The Four of Us are Dying”? It’s a great Twilight Zone episode where this fella can change his face to look like anybody else. So… if a man just died, say, this guy can assume his identity straight off, and so on. I’d love that. I’d love to see how different my interactions with people might be if I wore different faces. And I love to see what doors I could slip through if I was the spitting image of somebody else. Man, you could go on for years like that. Think of it like a wild road trip. But instead of being away from home for a long time, you’re away from your true self.


8. I have writing spots all over my house: my desk, my couch, the patio, and my bed. Where’s your favorite spot to write?
Josh says: I’ve got a great office. Sweet scary posters. News clippings about Bird Box, letters from Mom, photos on the wall. But, for no good reason, I always end up writing somewhere else. The front porch is great. Especially if there’s a storm. The problem with coffee houses is that usually it’s poppy modern music and it’s hard to write a gripping freaky scene when kids are singing lullabies on the radio.
Meredith says: I can see how that would be a problem.

9. We’re supposed to love all of our children equally, but there are some scenes I’ve written that really stick out in my mind. Tell us your favorite scene from one of your books.
Josh says: I wrote a book called Pest in which a fella senses that he’s losing his zest for life, then decides it must be a “monster” that is doing this to him. So… he sets out to catch the thing. That’s one of my favorites; watching Edgar arm his apartment, essentially trying to catch depression in a bear trap. I’ve got another one called A Mix up at the Zoo where this fella Dirk works at both the slaughterhouse and the zoo in town. His job is to give tours and his mind is all muddled so one day he accidentally confuses his jobs; slaughters all the animals at the zoo. It’s a colorful scene. And the attic birth scene in Bird Box rolled out of my fingertips like sand. One of the smoothest writing experiences of my life.

10. Sometimes a little too much of myself slips into my characters. Which one of your characters most resembles you?
Josh says: I’ve got a novella out there called Ghastle and Yule about warring horror filmmakers who try to outshine one another (to a bad end.) Gordon Ghastle is a somewhat flashy old-school fella who is going for the Spielberg holy-cow movie making. And Allan Yule is a bearded rogue who loathes industry of any kind and makes movies that features no human beings at all. As I say on my instagram, I’m equal parts Ghastle and Yule. The guy who’s going for an undeniably shiny work of art and the guy who doesn’t care if he fails in that, as long as it’s art in the end.

11. I’ve always got tunes rocking while I’m writing. Tell us five songs that are on your playlist.
Josh says: I love horror movie soundtracks. I listen to them all the time, not just while writing. We’ll have guests and I’ll say, “Tell me, Bruce and Donna, have you ever heard… Chopping Mall?” As goes a playlist, here are five of my favorites (try them out yourself): Creepshow, Under the Skin, Vertigo, Friday the 13th, and Cat’s Eye. But really, I love a hundred of them. The horror movie soundtrack plays like a bad kid who got his hands on classical music. “What does it sound like if I do this to it?”
Meredith says: I made the mistake of listening to Isaac Marion's playlist. But I said to myself, "this is Josh Malerman! I must listen to his playlist and get a taste for it." And then the soundtrack to Friday the 13th starts playing, and I'm reminded why I still have to sleep with a light on at night when I'm home alone. So I skip on over to Cat's Eye soundtrack... Let's just say my power bill significantly increased for a few weeks.

12. If you could tell an aspiring author one tiny tidbit of information, what would you say?
Josh says: I’d tell them not to be afraid of writing a bad book. Start it, explode with it, throw up all over yourself, and finish it. Worry about it being “good” or “bad” some other time. Think of it this way: would you rather have a crappy rough draft that you can fix? Or have no draft at all? I’d warn a young writer about Inspiration. Inspiration is a monster. It makes you wait for him. I’m just outside! It says. I’m close! And in the meantime you wait so long you end up with nothing on the page. So let’s all forget about Inspiration and just write whether or not we feel like it. Talk about what you write, talk about it too much, talk about it all the time. Give yourself phantom deadlines; I gotta get this story done on THIS date. OR ELSE! And meet those deadlines. Interview yourself. Hold conversations with imaginary editors. Place your own invisible books on an invisible shelf. Live delusional. But write yourself into existence, book by book. And remember that all books are words, and that all words are letters first.
Meredith says: nothing, I have nothing to say. That was the best advice ever.


Get your copy of Birdbox 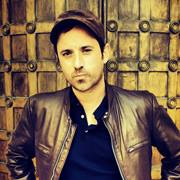 About Josh:
From Wikipedia, the free encyclopedia

Josh Malerman is an American author and the lead singer for the rock band The High Strung.[1][2] Malerman currently lives in Ferndale, Michigan.[3]

Malerman first began writing while in the fifth grade, where he began writing about a space-traveling dog.[4] Since then he has written several unpublished novels and his debut novel Bird Box was published in the United Kingdom and United States in 2014 to much critical acclaim.[5][6][7] 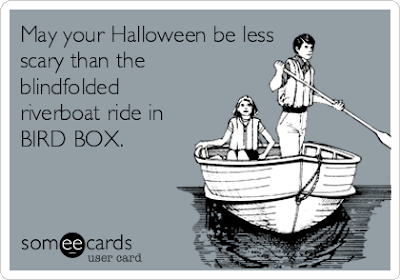 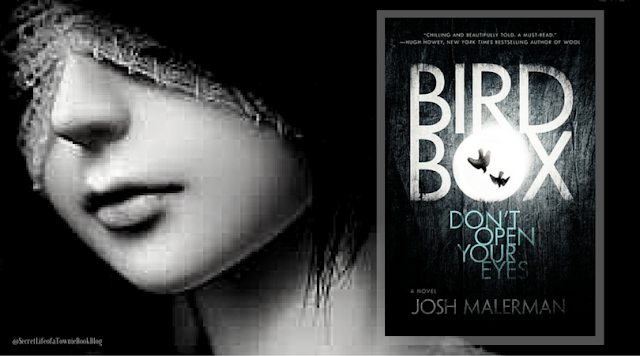